Teaching and Mapping the Geography of the Meuse Argonne Offensive: Where? Why There?

Essential question: Where is the Meuse-Argonne?  Why did the largest land offensive in U.S. history happen here?

A.  Where is the Meuse-Argonne? 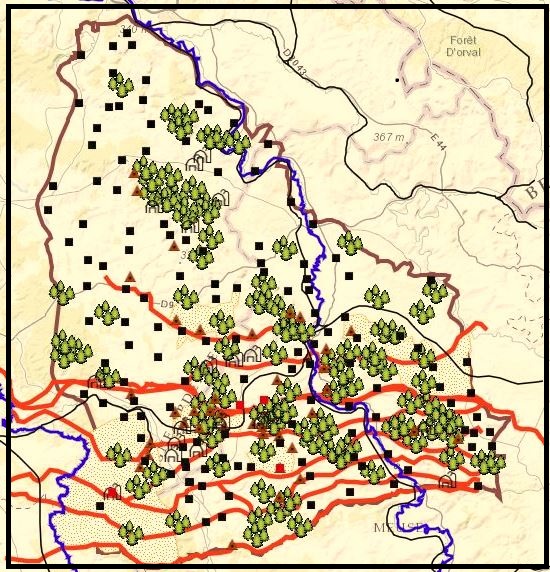 Much of the land that was fought over during the Meuse-Argonne campaign was located in the region of Alsace-Lorraine, which is located in northeastern modern day France.  Alsace-Lorraine borders the countries of Germany, Belgium, and Luxembourg. It was an area rich in natural resources and fertile farmlands.  France had been seeking to establish its “natural boundaries” for hundreds of years.  The Pyrenees Mountains create a natural border with Spain in the southwest.  The Alps serve as a topographical border to the southeast, and the Rhine River was a border to the northeast of France.

B. Why was this land contested for hundreds of years?

As a result of its key location in Europe and its wealth of natural resources Alsace-Lorraine has been an area of contention for hundreds of years, as many nations wanted to reap the benefit of its wealth.  In 58 BC, the Romans invaded Alsace and turned it into an agricultural hub, complete with fortifications for defense.  Agriculture and the harvesting of natural resources dominated the economy of the region at this time, and it contained quite a bit of fertile farmland, which was especially ripe for viticulture, or the growing of grapes.  Iron ore, coal, potassium chloride, and phosphate mines also contributed to the region’s wealth in natural resources. 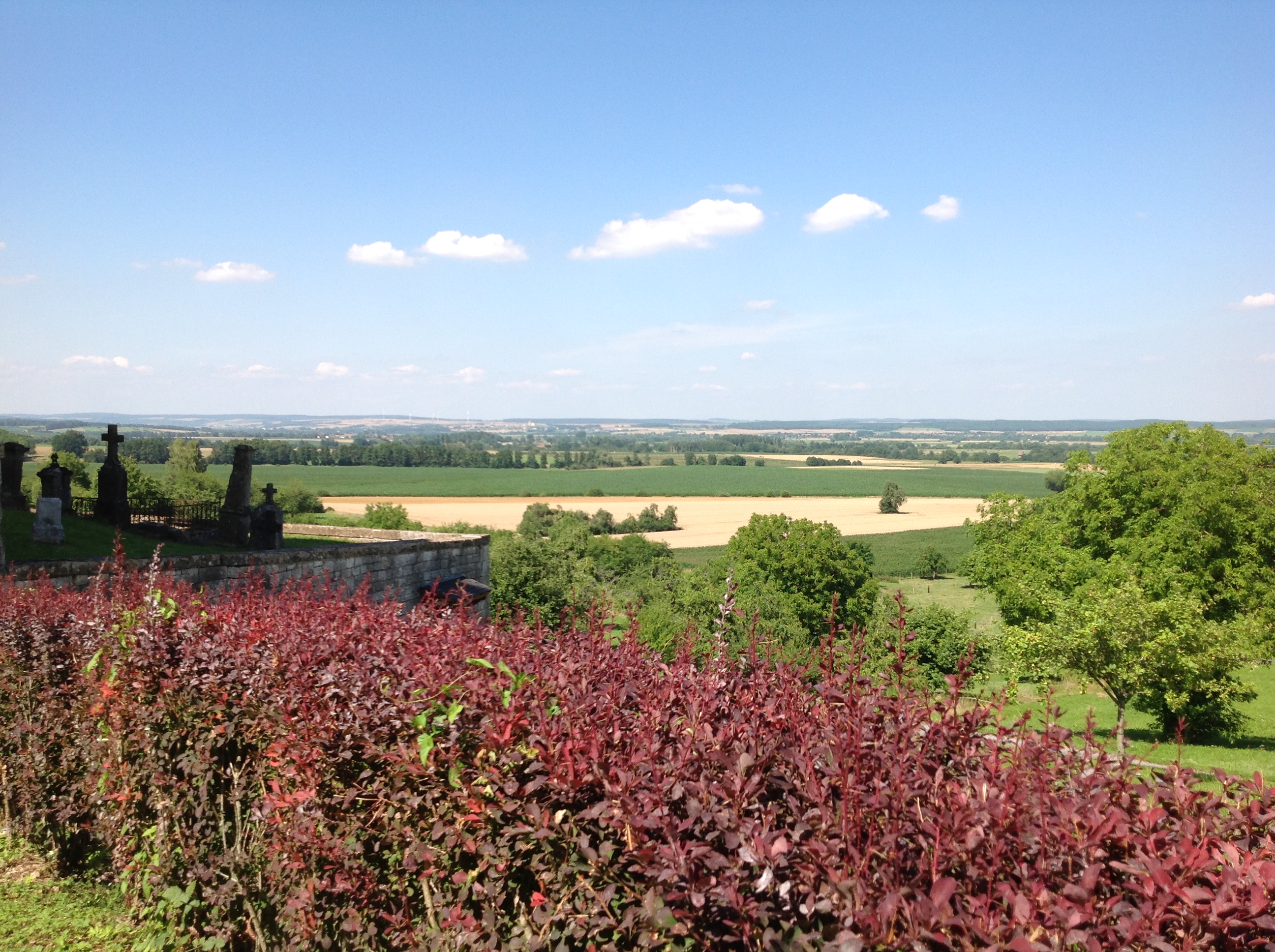 The Celts occupied Alsace-Lorraine during the much of existence of the Roman Empire, and it became part of Lotharingia in the mid-ninth century, united with the German territories of the Carolingians.  The Treaty of Mersen in 870 redistributed the land of the Carolingian Empire between the sons of Louis I.  Then the Kingdom of Lotharingia was split between King Lothair’s sons, Charles and Louis after his death.  In the redistribution, the Holy Roman Empire received the region of Alsace, and France took most of the modern Netherlands, Belgium and the region of Lorraine. 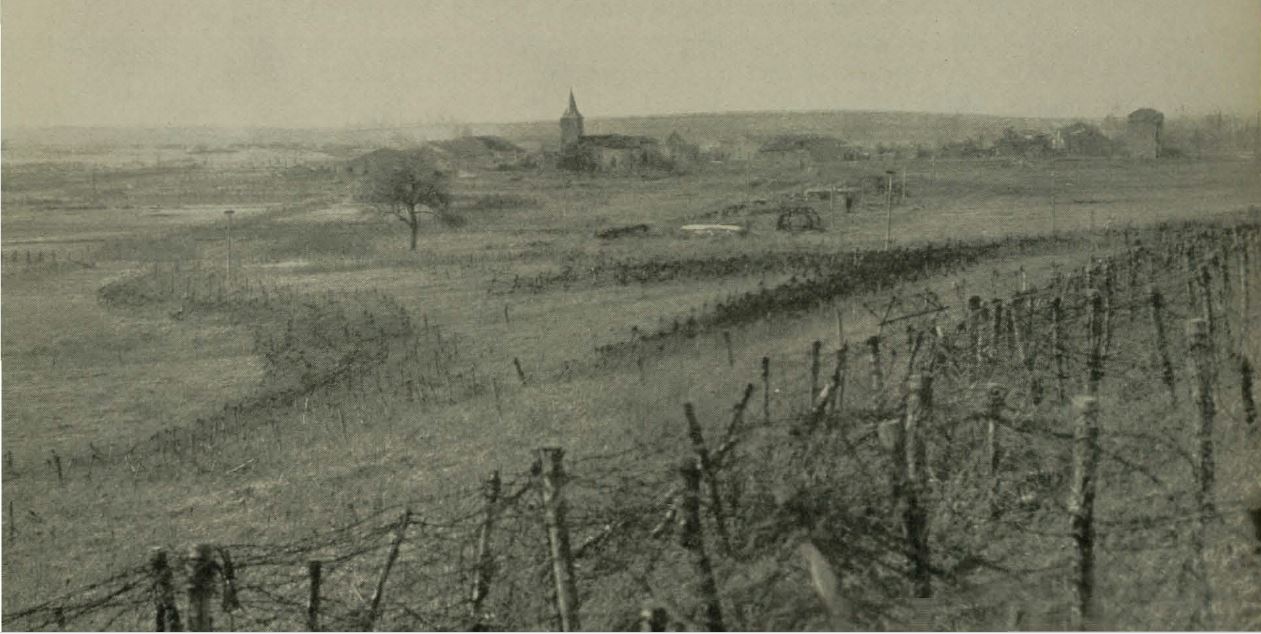 The Treaty of Westphalia returned Alsace to the French in 1648, and the region of Lorraine was incorporated into France in 1766.   It remained French territory until the French lost the Franco-Prussian war, after which it became German land.   The region was just as diverse in 1918 as it was in 1800, and much of the region spoke some sort of German dialect.

C. Why was this region important during WWI?

During World War One, the heights of this region had been contested since 1914, when France failed to retake Montfaucon on several attempts.  The Crowned Prince of Germany used the splendid natural height of Montfaucon as an observation post for the Battle of Verdun in 1916.[i]  The German defenses in the Meuse-Argonne region had been considered impregnable since 1915, and the American Army had a decisive strategy for how to attack this difficult terrain.

The German soldiers were organized into three main lines, each named for a witch in a Richard Wagner opera. (Access the web map Where? Why There? to see the German lines).  The first line or the Etzel-Giselher Stellung included Montfaucon, and while the strongest German troops weren’t placed here, their position by nature of the terrain, was difficult to attack.  The second and the strongest line was named Kriemhilde Stellung and included the heights of Romagne and Cunel, as well as the village of Grandpré.  The third line, or the Freya Stellung, was the weakest line to the north.  Each line consisted of a network of interlocking trenches that were protected with barbed wire.  Earthen and wooden emplacements and many other sites anchored the network of German trenches. However, in between the lines lay seemingly innocuous fields and countryside.[ii] It was just a trap however, and they were full of barbed wire, pillboxes, machine gun nests and peril; the “No Man’s Land” of the Meuse-Argonne. 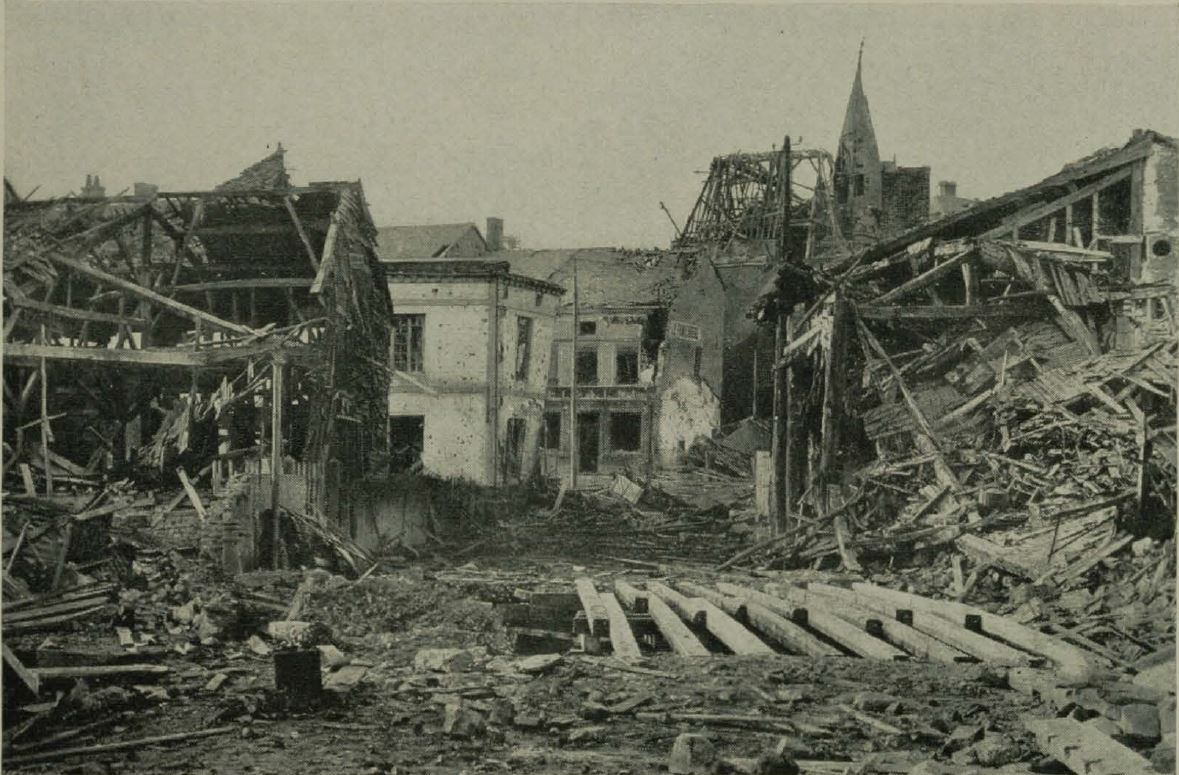 Most of the German heavy guns and artillery were located along the heights of the Meuse River towards the east. However, many of the forests in the region were under German control, and the Germans had quite a strong defensive system.  Germans were entrenched in much of the region, especially in the vicinity of and in the Argonne Forest.[iii]  For four years, the Germans dug into their positions and resisted the onslaught of Allied attacks. This perpetual fighting had weakened the German Army so that “by the autumn of 1918 much of the muscle had worn away, leaving a sickly frame of skin and bones with a fighting sparkle in its eyes.”[1]  German divisions were functioning at less than 50%, and most of the soldiers were old, sick, or weak.  Morale varied amongst the German Army, however a resolve to fight until the bitter end was entrenched into nearly every man and battalion.

D.  What was the Allies plan of attack?

If the Allies had figured out the importance of the Meuse-Argonne region, had not the Germans as well?  The German Army was poised, waiting for the American onslaught.  However, they were waiting in the wrong place.  General John Joseph Pershing planned to strike quickly.  He staged a fictional Tenth Army in the vicinity of St. Mihiel to distract and divert German attention.  It worked, and the Allied forces now had a golden opportunity to strike in the area of the Meuse-Argonne.  Pershing planned the attack in three phases.

The first phase had the Americans push to the main German line or the Kriemhilde Stellung, taking Montfaucon and forcing German evacuation of the Argonne Forest.  Pershing was relying on swiftness to surprise the Germans and take advantage of their physical and mental weakness.  If the mission was not completed quickly however, and German reinforcements made it to the front, the battle could rage on for months.[iv]

The second phase required the Americans to advance ten miles across a weakly defended plateau to the north of the heights of Romagne, outflanking the German defenses along the Aisne River, and opening up a route behind the German front to the town of Sedan.

Then in the third and final phase, the Americans were to attack across the heights of the Meuse to clear them of German soldiers and artillery.  By then, German troops should have be retreating back into Germany, or at least that was the hope of the Allies.  The Americans were facing serious disadvantages however, such as ill-prepared troops and exhausted veterans, unable to continue to fight.  However, simply the Americans had more soldiers than the Germans and would outnumber them three to one on the front lines.[v]  “Speed,” Pershing said, “was the thing.”[vi]

The Americans faced the task of dislodging the Germans from land so easy to defend and difficult to attack.  Although the American offensive was much slower than Pershing’s intensions, the ambitious offensive, along with a dying German Army, as weakened allies and alliances resulted in the German request for surrender in November of 1918.

NEXT SECTION 4 – Geography is War: A Case Study of the Argonne Forest and the Lost Battalion?