The World War II Midway Monument is located on Midway Atoll at the northwestern portion of the Hawaiian island chain and it marks the location of the pivotal Battle of Midway. This monument, a granite “memory stone,” is etched with a historical tribute to America’s armed forces.

THE UNITED STATES OF AMERICA HONORS THE COURAGE, SACRIFICE, AND ACHIEVEMENTS OF THE AMERICAN ARMED FORCES WHO SUCCESSFULLY DEFENDED THIS ISLAND AND ITS SURROUNDING SEAS AGAINST THE EMPIRE OF JAPAN DURING THE PERIOD OF 4-7 JUNE 1942. OUTNUMBERED AND OUTGUNNED, THEY WITHSTOOD SAVAGE BOMBARDMENT, FOUGHT BACK, AND CARRIED THE FIGHT TO THE ENEMY. DARING AIR STRIKES IN THE FACE OF FIERCE RESISTANCE SANK FOUR ENEMY AIRCRAFT CARRIERS, TURNING THE TIDE OF WORLD WAR II IN THE PACIFIC. AFTER THE BATTLE OF MIDWAY, THE UNITED STATES AND ITS ALLIES FORGED AHEAD WITH EVER INCREASING STRENGTH AND CONFIDENCE TO FINAL VICTORY, SECURING THE BLESSINGS OF FREEDOM AND LIBERTY FOR GENERATIONS YET UNBORN.

The stone and its path create a garden within a garden by allowing the native vegetation to grow over and between the pavers.  The path becomes a trace that is part of the natural landscape. The Midway Monument which was erected in August 2015, was the 27th monument, memorial or marker managed by ABMC.

Considered one of the most decisive battles of World War II, the U.S. Pacific Fleet turned the tide of the war during this epic  battle in June 1942. After the attack on Pearl Harbor in December 1941, the Japanese had been on the offensive, capturing territory throughout the Pacific. And by spring 1942, they planned to attack Midway with the goal of destroying the U.S. Pacific Fleet and capturing the atoll. Acquiring this small island would have positioned Japanese forces closer to the continental United States, serving as a jumping off point to the west coast.

Intercepted messages and code-breaking proved a key component to American success, alerting forces  well ahead of time of the pending attack. Through this critical intelligence and decisive American naval and air attacks, the Japanese fleet crumbled, losing the four large carriers that had attacked Pearl Harbor, and losing more than 100 trained pilots. Had the Japanese been successful in their attack, the war in the Pacific would have been dramatically different.

Midway Atoll is itself a memorial designated as the Battle of Midway National Memorial by the U.S. Department of the Interior, now managed by the U.S. Fish and Wildlife Service.

Dedicated:
2015
Location: U.S. Outlying Islands
Browse photos, videos, interactive websites and apps dedicated to memorializing those who served in the U.S. Armed Forces overseas. Their service, achievements, and sacrifice are illuminated — dive in to learn more. 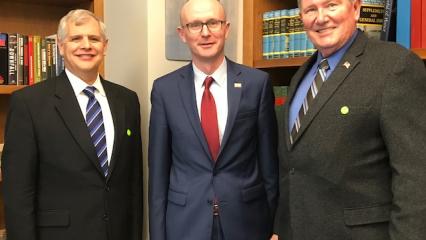 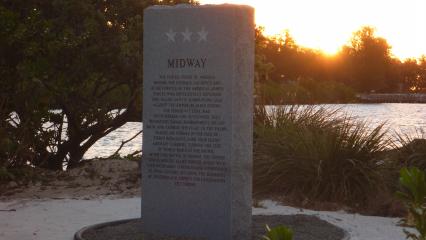 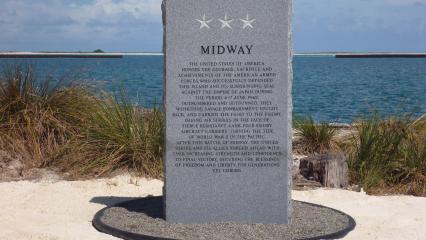 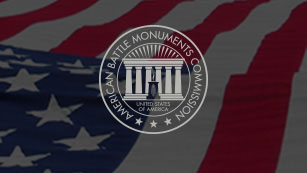 VIEW ALL IMAGES AND VIDEOS

Midway Atoll, managed by the U.S. Fish and Wildlife Service, is currently closed to visitation.

Midway Atoll, managed by the U.S. Fish and Wildlife Service, is currently closed to visitation.

Located on the far northern end of the Hawaiian archipelago, Midway Atoll is located within the nation's largest conservation area, the Papahānaumokuākea Marine National Monument. It is one the oldest atoll formations in the world that provides nesting habitat for millions of seabirds and it a touchstone for one of the most significant naval battles in our human history. 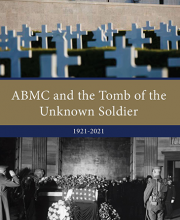 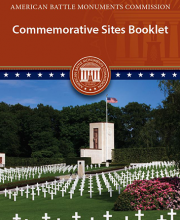 Located along the northwestern portion of the Hawaiian island chain, Midway Atoll marks the location of the pivotal, World War II Battle of Midway.

ABMC has determined that the Commission has sufficient prior year funds to continue operating in the event of a U.S. Government shutdown this week.

This Veterans Day Americans around the world will honor their fellow citizens who have served their country. The American Battle Monuments Commission (ABMC) offers ten ways you can show your appreciation this November 11th.